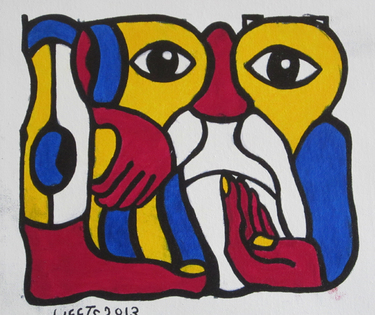 2013 - Series of oil paintings -  "Works in primaries and the essentials"

…And we are back. Survival of the adaptables (and escape from the mundane, almost miserable reality.) Because of Eric’s bad eyesight (cataracts, which cannot be operated on because of  couple of chronic infections.) he cannot see when the tip of the paint brush touches the canvas and when it does, he sees almost 4 lines and cannot differentiate which amongst those is the 'real' one. So Eric suggested he would try drawing with the marker pen because then he feels when the tip touches the canvas. So I bought marker pens and Eric is drawing on canvas with it.

Eric still is recovering from his last bout of fatigue (more than a month and a half ago) he is not going to the living room where we have this 18 inches high, 8 x 8 feet platform for him to sit and work on, so instead he is drawing on the study table, in his bedroom. The sizes of these canvases are small, appx 25 x 25 cm.

As I go over to darken the lines, we chose to work in Eric’s preferred medium, oil paint. He has embarked on creating a series of these oil paintings titled “Works in primaries and the essentials” because he chose to use red, blue and yellow with black and white. 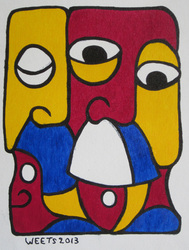 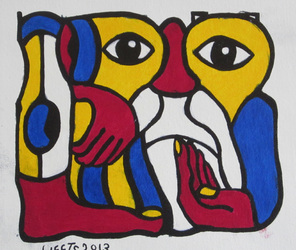 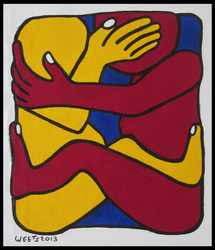 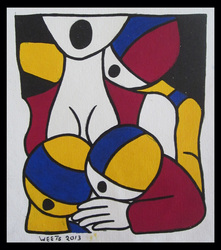 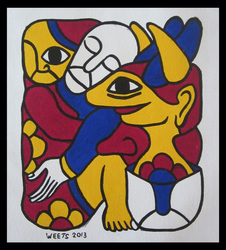 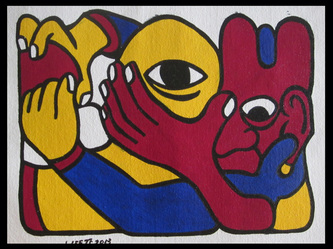 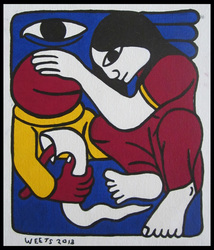 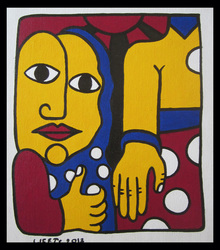 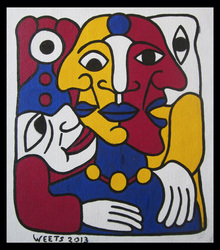